YOU CAN'T USE FILTERS TO COVER UP THESE EARNINGS

After the closing bell on Thursday, Snap (SNAP), the parent company of Snapchat, released its Q2 earnings. The results fell short of Wall Street’s expectations, sending shares down 23% in after-hours trading.

According to data compiled by Bloomberg, this shows how the company fared during the quarter in comparison to what analysts had anticipated.

Given the current financial situation, the company said it was not providing Q3 guidance as average revenue per Snap user decreased by 4.50% year over year.

Although the long-term opportunity for our business is increased by the ongoing growth of our community, CEO Evan Spiegel stated in a release that the financial results for the second quarter “do not reflect our ambition.”

The financial results of Snap could be a reliable barometer for the state of the overall digital advertising market and serve as a prelude to next week’s financial reports from companies like Meta and Alphabet. 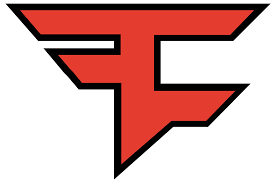 Background: FaZe Clan has 93 creators with a combined 500+ million followers, including rapper Lil Yachty, professional gamer Havard “rain” Nygaard, and Snoop Dogg—who also serves on the board of directors. (Notably, it only has one female creator, Kalei Renay, who is depicted in the GIF up top.) Members are also featured on 11 esports teams that are likely to dominate. Its top-ranked Counter-Strike team recently won the Intel Extreme Masters Tournament and earned $400,000 in the process.

FaZe Clan recently collaborated with Disney for a glow-in-the-dark drop, and they also market their merchandise with Supreme-level hype. Beyond gear and gaming, it has also announced partnerships with DoorDash for food delivery and DraftKings for esports betting. The CEO of FaZe Clan, Lee Trink, has discussed sponsoring a play-to-earn game and has been observed on Web3.

Zooming out… Going public through a SPAC was a very hot trend in 2020, but the strategy has fallen out of favor as the SPAC market has cooled off in recent months. Trink (CEO) states without hesitation, “I understand why other companies have come under fire for going public using the SPAC vehicle. But it really works for us,” he said.