Good Evening. Due to declines in technology stocks, U.S. stocks ended their choppy session lower on Monday. Major indices were unable to maintain the momentum from their rally last week.

The digital trading platform Robinhood (HOOD) is reportedly being considered for acquisition by the cryptocurrency exchange FTX, according to a report published on Monday by Bloomberg. The report stated that FTX has not yet formally notified Robinhood of any such takeover, but added that FTX may ultimately decide not to proceed with a purchase.

A little more than a month has passed since Sam Bankman-Fried, the CEO and founder of FTX, disclosed purchasing a 7.60% stake in Robinhood for $648 million. This position was worth more than $513 million as of Monday’s close.

Following the Bloomberg report, Robinhood increased 14% to $9.12 per share on Monday, causing at least one trading halt due to stock volatility. By Friday’s close, shares of Robinhood had lost more than 55% of their value so far this year. 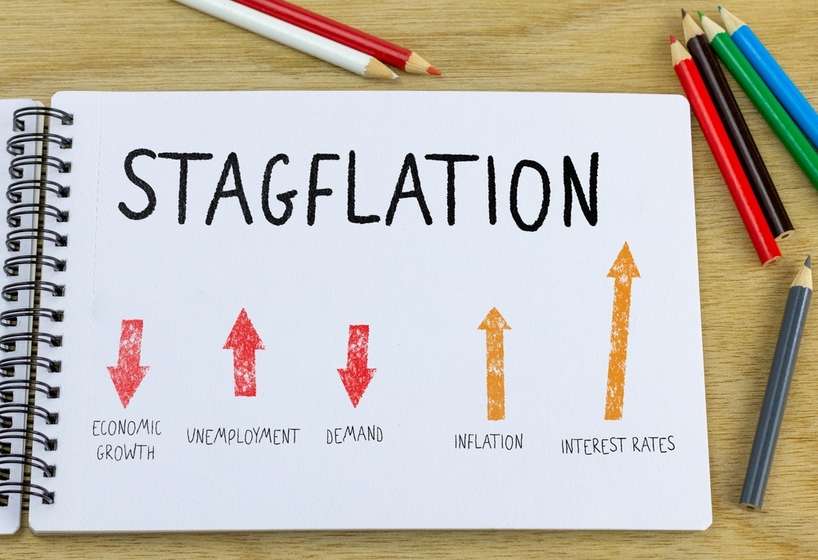 While economists debate whether there will be a recession in the coming year, the United States is stuck in an unfavorable stopover called stagflation. As the name suggests, this economic situation is characterized by rapid inflation and slowing or stagnant growth.

The U.S. economy shrank by 1.50% in the first quarter, and in May, consumer prices as a whole increased by 8.60%. Investors are becoming increasingly concerned about the Federal Reserve’s capacity to engineer a so-called “soft landing,” which prevents a recession while reducing inflation. Fed Chair Jerome Powell acknowledged the challenge this week in testimony before Congress.

Consumer sentiment data from the University of Michigan “suggests consumers are fearing stagflation,” according to economists at ING, who wrote about the report after it was released. Just 30.80% of households believe that income growth will outpace inflation over the next five years, causing damage to household finances. This is due to higher inflation’s squeeze on consumers’ purchasing power.

Stagflation is not only a threat to the American economy.

The World Bank earlier this month reduced its prediction for global growth this year from 4.10% to 2.90% and issued a warning: “The global outlook faces significant downside risks, including intensifying geopolitical tensions, a protracted period of stagflation reminiscent of the 1970s, widespread financial stress caused by rising borrowing costs, and worsening food insecurity.”

Earnings: Several merchants, including Nike and Bed Bath & Beyond, will release earnings this week.

Airlines: Airlines are working to reduce the flight delays and cancellations that have clogged their customer service lines thus far this summer, as the upcoming weekend is anticipated to be the busiest for airports since the Covid pandemic started.