Good Evening. Investors digested a critical data on the condition of inflation in the United States on Wednesday afternoon, which came in hotter-than-expected across most main parameters.

After the bell on Wednesday, Disney (DIS) revealed second-quarter financial results that fell short on both the top and bottom lines, yet net additions for its new streaming platform Disney+ above expectations, sending shares up as much as 5% in after-hours trade.

The following is a comparison of Disney’s second-quarter performance to Wall Street consensus estimates, as compiled by Bloomberg:

“Our strong results in the second quarter, including fantastic performance at our domestic parks and continued growth of our streaming services. With 7.9 million Disney+ subscribers added in the quarter and total subscriptions across all our DTC offerings exceeding 205 million. Once again proved that we are in a league of our own,” Disney CEO Bob Chapek said in a press release.

Analysts were cautiously hopeful about Disney+ after competitor Netflix’s (NFLX) significant subscriber miss last month (the first time the business had lost subscribers during a quarter in ten years), albeit a slowing compared to previous quarters was expected. 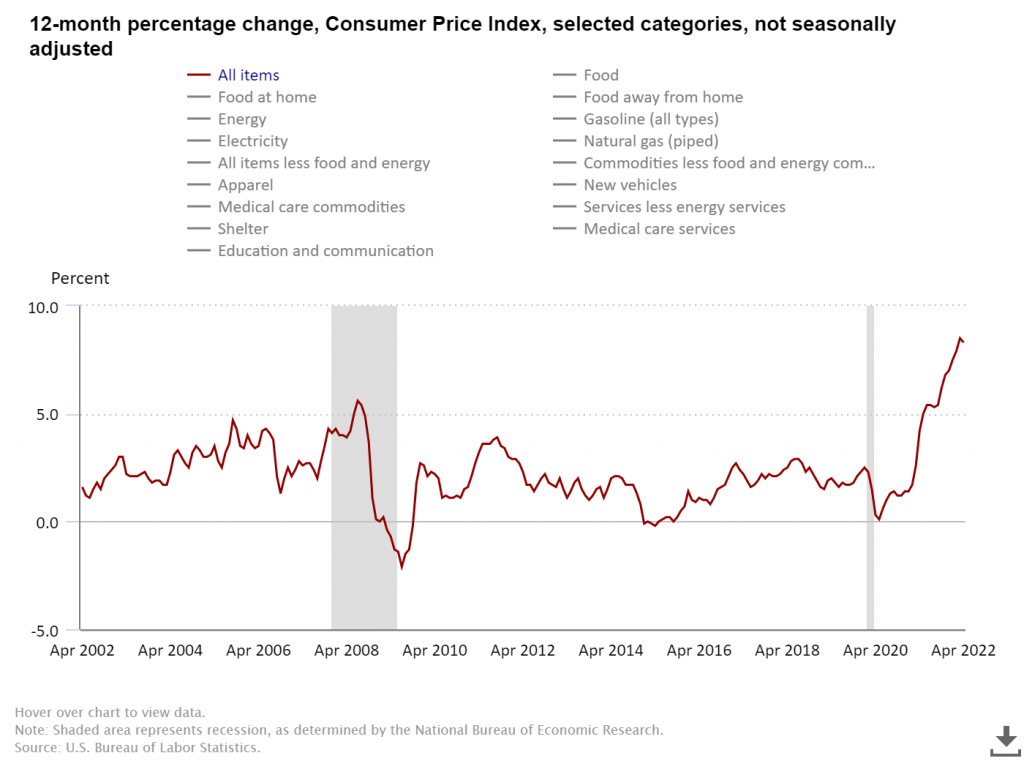 Consumer prices in the United States grew at a somewhat slower pace in April than in March, but persistent supply-side disruptions kept inflation near its 40-year peak. And, despite decelerating from March, core consumer prices grew more than expected, indicating that underlying inflationary tendencies across the economy remained robust.

The Consumer Price Index (CPI) climbed 8.30% in April over the previous year, down from 8.50% in March, according to the Bureau of Labor Statistics. That was the quickest pace of increase since 1981. According to Bloomberg, consensus experts predicted an increase of 8.10% in April.