After oscillating between gains and losses throughout the session, the S&P 500 dipped lower (0.02%). Both the Dow and Nasdaq finished in the red (0.11% & 0.14%). Treasury yields rose, with the benchmark 10-year note’s yield remaining over 2.80%. West Texas Intermediate crude oil futures in the United States increased, extending gains from the previous week.

Consumer banking revenue increased by 9% in the first quarter, hitting $8.8 billion. According to Bloomberg-compiled data, revenue net of interest expense came in at $23.23 billion, or approximately in line with consensus predictions. In addition, net interest income increased 13% to $11.6 billion, thanks to “strong loan and deposit growth,” according to Chief Financial Officer Alastair Borthwick. 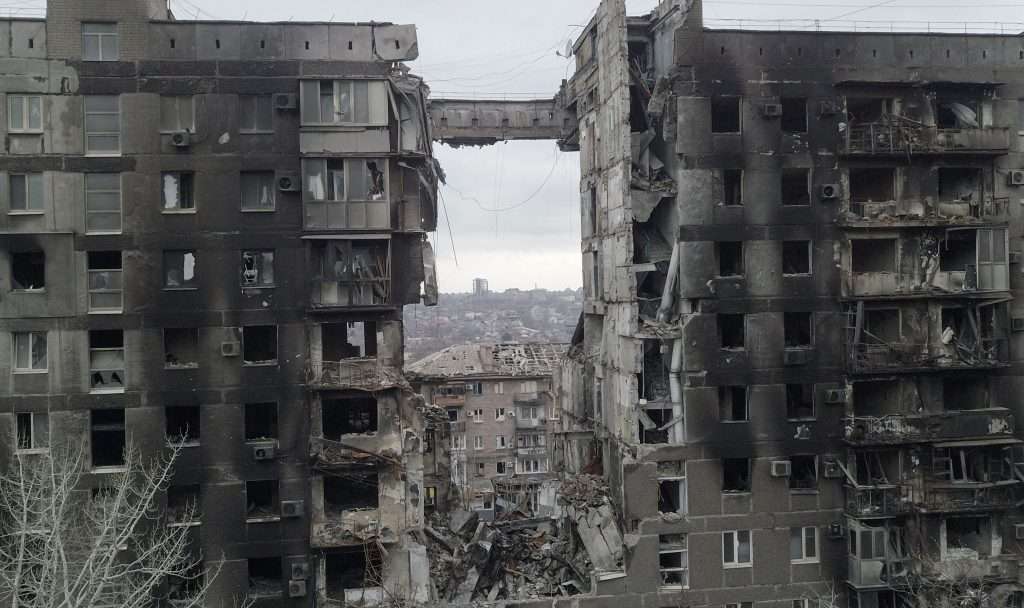 During peacetime, the Azovstal iron and steel complex was one of Europe’s largest metallurgical factories, producing millions of tons of steel and hot metal every year.

It’s now the last bastion of Ukrainian resistance in Mariupol, a city that the Russian force has mostly turned to ruins but hasn’t completely overtaken…yet.

A Russian ultimatum to surrender by Sunday afternoon was rebuffed by Ukrainian forces locked up at the factory. They’ve managed to stave off massive Russian artillery by utilizing the complex’s huge tunnel system and network of furnaces and trains, but it’s unknown how much longer they’ll be able to hold out.

Why Mariupol is Important: Russian soldiers have besieged Mariupol since March 1.  Russia is attempting to take the city and establish a land corridor between the Crimean Peninsula and eastern Ukraine’s Donbas area, where their attention has moved in recent weeks.

Mariupol’s population has dropped from 450,000 to an estimated 120,000 since the war began.   And those who have remained face “inhuman” living circumstances, according to Ukrainian President Zelensky.

“For what they have done, they are already heroes,” Zelensky said of the fighters.

Today is Tax Day  If you haven’t requested an extension yet, you still have a few hours to file and please the IRS. This year, it appears that there are a lot of procrastinators.  The IRS projected that 40% of taxpayers were still unaccounted for as of April 8.

More businesses are disclosing their earnings: When IBM, Bank of America, United Airlines, Tesla, and Netflix report on their first-quarter results, expect inflation and other cost pressures to be significant themes.